Anime has done a great role in making me who I am today. If I got better in my artistic side and was praised, it was all due to the anime which I found about and was enchanted by. So, today I decided to pay a tribute to those animes which helped to keep the flame inside me to keep burning and has earned a prized position in my heart no matter how their story was like.

The anime series which played big roles to let my desire to watch them alive were: ‘Romeo X Juliet’, ‘Hayate: The Combat Butler’, ‘Letter Bee’, ‘5 cm per second’ and of course, ‘Death Note’. Today, I will post about how these animes played their own important roles and which of them emerged to become the most important anime in my newbie life. So without any further delay, let’s get going!

Romeo X Juliet
Till now, I have watched the many ecchi animes and have also witnessed many scenes which might be too breathtaking or ‘Indecent’ for the newcomers or kids but for us it’s just another minor fan service. However, back then I was untouched from all of those and was a pure child, for whom this particular scene from ‘Romeo X Juliet’ was so stimulating that he waited eagerly everyday to see that scene again, in the ads or in the episode itself. That moment, when I saw that heart pounding scene of Romeo and Juliet, was the start of the entire craze that is still in my heart. But, I still have not been able to download and see the anime, so if anyone knows from where I could download it then please tell me in the comments below. I want to discover my childhood anxiety once again.

Hayate: The Combat Butler
When Animax got banned; I was a little bit depressed about the fact that I won’t be able to see that episode again. But, at the same time, I was an ignorant kid and soon forgot about that. Three years later, once again, fate brought me in contact with the anime world but this time with the series ‘Hayate no gotoku’. This time, the scene was from season 2. In that episode, Hinagiku and Hayate were living together for a night as he was thrown out of his house for 3 days. I loved those episodes, but I wasn’t able to finish the series as I had to go back to my home and I was left all curious about that episode, ‘Feeling if freedom’. Even though today I have seen all the four seasons and know that the plot is very repetitive and boring, but I can’t ever badmouth it was able to wake up my anime side once again! 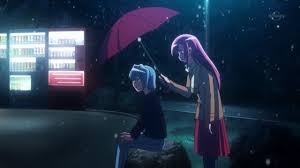 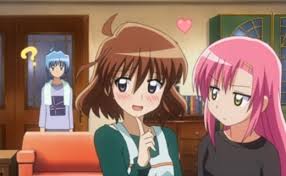 Letter Bee
I started Letter bee at the same time I was watching ‘Hayate no gotoku’. Unlike the first two animes, there were not any intimate scenes in it which could draw me curious about it. But what it possessed was something that I hadn’t experienced before; magic and fantasy! The way in which Lag and Gauche shared a bond which was able to melt even the polar caps easily was too exciting for me anyways. But this time too, I had to abandon it to episode 4 and go back. I have watched the anime completely now, and know that it failed to deliver what it wanted to even after all the support but still as I said earlier, it has a big emotion of gratitude in my heart 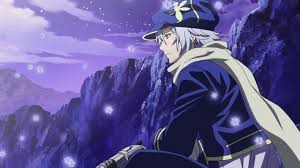 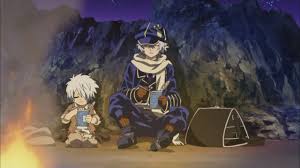 5 centimetres per second
When I came back to my house and found out that there was no way I could continue the series in Animax, I was about to give up again. But I didn’t stop, thanks to this anime film by Shintai Makoto, ‘5 cm per second’. One day, while I was searching for something in youtube, I found a video called ‘Top ten sad animes’. I thought of giving it a try as by that time I had a little idea about anime, and what I found was this treasure of a film. I found the idea and art style so cool, that I started watching the whole film online. By the end of it, I realised that anime is not just something that I can forget about. That film changed my ignorant side into a stubborn one. I downloaded that film sometimes later and still I find it as breathtaking as it was before and it’s still as sad and heartbreaking as before. ‘5 cm per seconds’ an anime, whose opinion from me will never change. 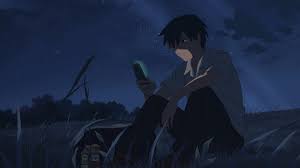 Death Note
A week later I watched ‘5 cm per second’ I found out that there was a thrilling but sad anime which was praised highly everywhere, it was ‘Death note’. That was the first anime series which I ever downloaded and finished. At the very first glance, I realised that I have found something which will beat every one of the animes which I watched so far. And to some extent, I was right. No matter where you go, Death note is and will always be regarded as a prized anime due to its offbeat style of a villain protagonist and conflict between good and bad. The day when I ended ‘Death Note’ also was the end of my struggle for keeping up with anime as I was able to find a way to feed my newly found hobby which opened the gate to become the Ryuji Tatsuya I’m today.

This sums up my most treasure animes to which I owe my current hobby. But still, if I had to name that one anime which changed my path to find anime would be, as I said, ‘5 cm per seconds’ as it was the only one which kept the fire inside me burning until I found a way to download anime in a place banned for anime.

Please leave a comment of what you think about my blog and feel free to share your views. Thanks for reading! 🙂

1 thought on “Thank you Anime!”