Review: I was really excited when Eromanga sensei started airing, basically because the internet was filled with discussions about how it seemed to be an upgrade of ‘Oreimo’. I kept that in my mind when I started this series, basically so that I could find clues of similarity between the two series; but, it seems I didn’t have to be so careful about it, because the series itself declared it openly in every chance it got. The story revolves Masamune, a professional light novelist, and his little sister Sagiri; who happens to be his mysterious illustrator, Eromanga sensei. One day, during a live stream, Masamune finds out that his cute little sister (Who is also a shut in for almost a year) is his illustrating partner, known for his lewd illustrations. What comes next is a series of comedic moments and some “Doki Doki elements”, as the duo decides to create another piece and watch its anime adaptation in the near future. One thing that I absolutely loved about Eromanga sensei was their constant introduction of other famous anime works every time they got a chance to do so. At first I noticed ‘Toradora’ Light novel in a store (Which actually made me quite happy, since I loved subtle introduction of other works in an anime), but then I was surprised when they just straight out named the series along with many other works (They even portrayed the characters of ‘Irregulars of Magic High school’, ‘Spice and wolf’ and ‘SAO’). This anime clearly showed that it is linked with ‘Oreimo’ in the 7th episode (Where they showed Kirino in a TV show) and finally in the 11th episode (Where the whole gang of Oreimo was shown to enjoy in Akihabara, as Kirino heaped praises about the light novel that Masamune and Sagiri were creating); seriously, I loved it each and every time the Oreimo cast did a cameo! 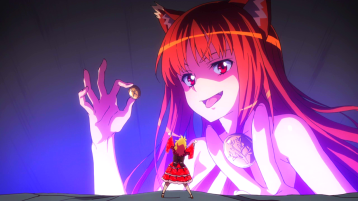 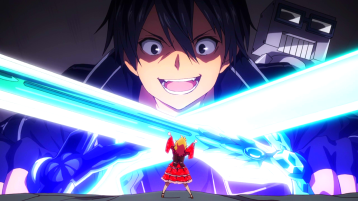 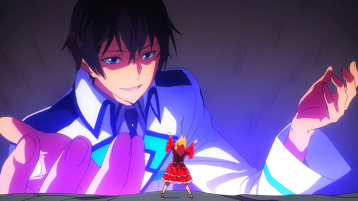 Weakness: Considering that this series serves the purpose of relieving stress by presenting a light hearted story, the weakness of this series weren’t really that serious:
1) The story is surely an upgraded version of Oreimo, still, there are times when the obvious similarity between the two series becomes a little boring and easily predictable; Especially when it concerns the behavior and fate of the main as well as the supporting characters.
2) Even though this might seems as my personal problem, I’m still going to put this up here. I found the fanservice a little bit too forced, to such an extent where it highly seemed unnecessary to show random ecchi shots of the female characters, especially Sagiri.
3) The love development between Masamune x Elf and Masamune x Masamura was too quick. I have a feeling that if they dragged it on for the second season instead of making them confess and get rejected so soon in the story, then maybe the plot would have become more interesting.

Favourite Character: There’s no doubt that the best character for this season of the series has to be Sagiri. Not only was she cute and had high scores in the ‘Waifu elements’, she was way better than Kirino (If you guys don’t know, I just can’t stand Kirino as the main heroine of Oreimo). I loved how Sagiri was cute and co-operative, while at the same time portrayed ‘Imouto clichés’ perfectly!

Honourable mention to Tomoe, the book store manager. Only if this show wasn’t on the line of getting the Incestuous ending, I would love it if Masamune x Tomoe became a thing (Not that it’s possible tho).

Art style: The art style was identical to that of Oreimo, brimming with the A-1 pictures style of animation. I actually liked the art style in that series too; and since this series had better character design for the main characters, I’m completely satisfied with it.

OP/ED: The OP and ED both synched well with the care free and relaxing nature of the anime. Even though these kind of songs aren’t really my type, at least it was perfect for this series. No complaints there! 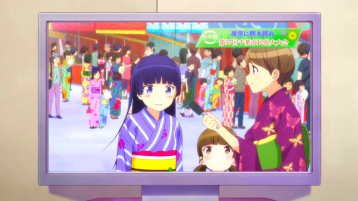 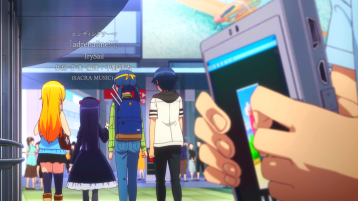 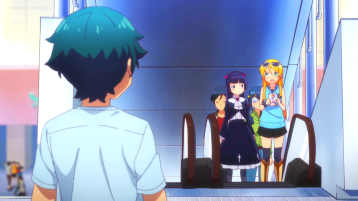 Rating: To conclude this review, I would like to say that even though I initially though that it was going to be a shadow of Oreimo, it actually outshone the former series and has raised my expectations of receiving an ending better than that of Oreimo, in the next season. I rate it a humble 7.5 out of 10.

Have you watched Eromanga sensei? How was it for you? Is there any point that you think I have missed or do you disagree with any of my words? Be sure to let me know in the comments below! Thanks for reading! 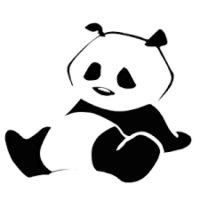