Heyya minna, It’s Ryuuji Tatsuya!
So finally, after a long and excruciating week of exams and studies, I’m finally back! While I may make it sound like I’m finally free, I would fill you in with stuff I still have to deal with on my February post of ‘Sup Ryuuji’. Anyways, for now, let’s just focus on my current review.

The basic plot of the Monogatari series revolves around Araragi Koyomi, who deals with all the supernatural problems that is encountered by him or his friends. Just like all the other series of this franchise, these 4 arcs too focused on different characters each time; there were 2 arcs in which Araragi only appears for some minute in the end (Because he is the protagonist). 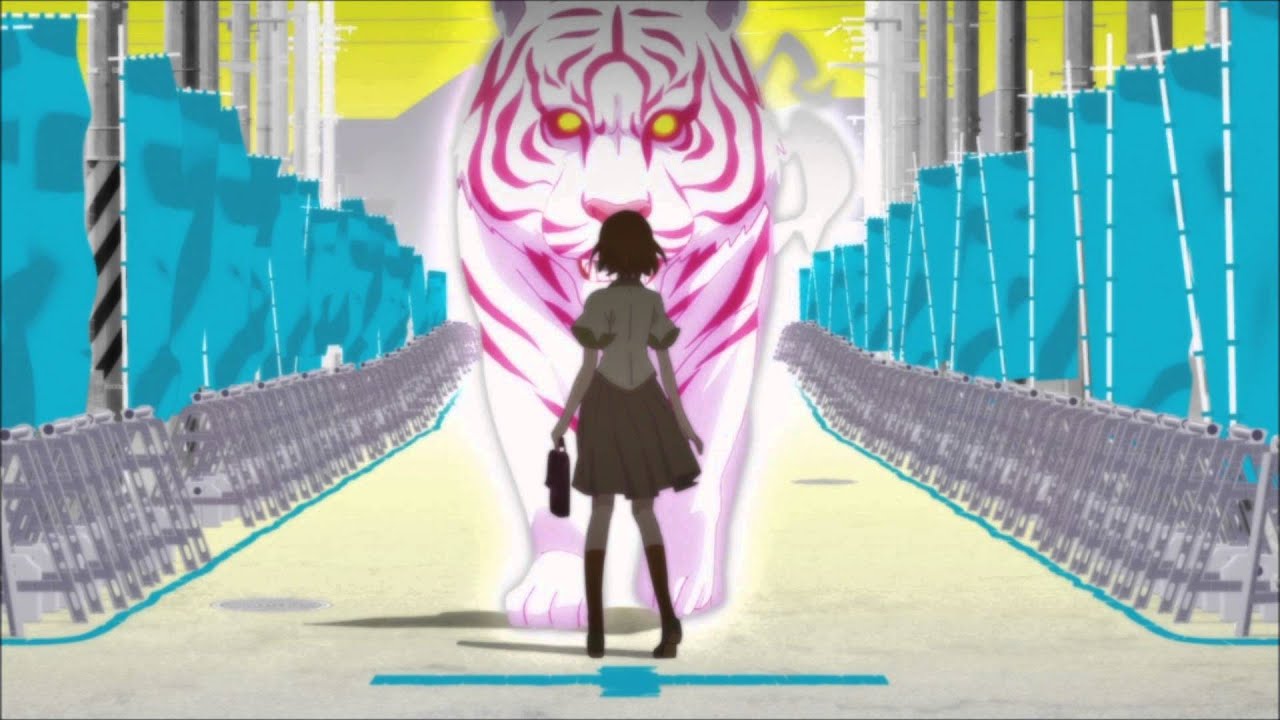 Nekomonogatari Shiro is about Hanekawa Tsubasa and her struggles with the White Tiger, an oddity which starts targeting the places she spends the night in, by setting it on fire. The only main character in this arc, except her, was Senjougahara Hitagi, who gives her a place to spend the night with and also helps her figure out the secret of the oddity who is going on a rampage every night. Araragi appears in the story in the concluding moments.

Kabukimonogatari revolves around Araragi Koyomi, Oshino Shinobu and Hachikuji Mayoi. The story is basically how Shinobu and Araragi deicided to go to the past for fun (Since they were bored and Time travel sounds extremely normal thing to do when you are bored). They actually wanted to go back by one day, they accidentally went 11 years back. While they roamed around the city, Araragi decides to save his lovely friend, Hachikuji, from dying in that road accident that was about to take place the very next day. Shinobu says that no matter what he does, if it’s her destiny then the future cannot be changed, but Araragi still doesn’t wavers from his decision. Fortunately, they somehow manage to save her from dying, but when they decided to go back to their time, they find out that the world gets destroyed in the present.

Otorimonogatari is about Sengoku Nadeko, and her everyday life until she meets a white snake oddity, who strikes a deal with her to atone for all the snakes she killed to reverse her curse (Reference from Bakemonogatari). In this arc, we get to know about how she truly feels about Araragi, and how she becomes a God (That’s right Light, a middle schooler became the God of the new world).

Onimonogatari is a story with Araragi Koyomi, Shinobu Oshino, Hachikuji Mayoi and Yotsugi Ononoki as the main characters. The series starts where Kabukimonogatari ended, showing Araragi and Hachikuji walking side by side and talking how they usually do. Everything was fine until they were suddenly being chased by something; a darkness to be specific. When they thought that it will completely consume them both, Ononoki saved them and took them to the Abandoned cram school; a place where they usually hang out. In their attempt to find out about the unknown Darkness which tried to swallow them, Shinobu decides to tell the story of back when she came to Japan for the first time, made his first familiar….. and encountered the darkness.

So now that the basic plot of the series has been discussed, let’s not waste any more time and check out its pros and cons!

The best thing about this series was the improvement in the quality of the story, and I don’t just mean the content of the plot. I loved how they decided to build on the story and letting the characters develop by time, instead of hogging up most of the time with unnecessary ecchi scenes. Sure, there were some ecchi element, but I hardly seemed to bother about that because of how subtly they slipped that in and also because they minimized it a lot as compared to their previous release. The only unnecessary ecchi scene would be the bath scene of Senjougahara and Hanekawa in Nekomonogatari Kuro, but I was prepared for that and I guess I would let it slide considering how much they improved.

The next great thing about Monogatari Second Season as well as all the other installments of the Monogatari Series franchise is its amazing animation. It attracted me at first thanks to its visually striking property. Not only is the animation smooth and unique, but also the characters are a feast to behold! Each and every character seemed to enhance their personality even more by their looks. The antagonists gave off a chilling vibe, while the positive characters had a feel-good aura around them. Going by the looks, this is one amazingly appealing anime! Apart from that, I loved how they were lazy but in a clever way. Instead of drawing the background characters, they decided to cover it up by using colorful human figures; they only focused their detail on the main characters, giving them a beautiful and charming personality. Ahh, there are so many great things about this stle of animation, if I start ranting then there won’t be any end to it.

The characters, each and every one of them, are awesome! Seriously, if you start watching it, you might feel that I’m over-exaggerating it a bit at first; but as soon as you get into the story and start understanding the basic plot of each story, you will get just how deep each character goes. There is always this one character in a series which lacks character development and seems to degrade the quality of the show; there isn’t one here. In Bakemonogatari and Nisemonogatari, there were many negative points on this matter; especially Senjougahara, since she didn’t show any emotions at all. HOWEVER, in this series, I was delighted to see the number of emotions that were shown by the ‘Cold’ Senjougahara (She finally seemed to act like a High school student).

The OSTs are awesome! I decided to mention the OSTs before of OP/EDs because of how amazing and important they are to this anime. For a series that’s presented in a narrative style by the main character of that arc, there were a lot of moments without any dialogue; even though those were basically short intervals. It was the work of the soundtracks to fill up those silences, and they did it with perfection. My ears were literally yearning for more of those moments, just so I could hear those lovely OSTs. The OP/EDs weren’t really that up to my liking, since I’m not a big fan of calm musics; but even then I will have to admit that I liked how they gave a vague description of each arc and made minute changes in them whenever the story encountered a plot twist. On that sense, I liked them quite a bit (Otorimonogatari’s OP is an exception. It’s awesome!!).

Now that the fun and happy part is over, let’s focus on some of their negative points.

The reason why The Monogatari Series franchise hasn’t been on the mainstream list, even after deserving it, is because their narrating style is too difficult to understand, to the point where it just becomes boring. The dialogues are really really really long (I said really three times on purpose), and it almost feels as if I’m being read a novel. Not to mention, they speak quite fast, so if it’s an anime newbie then maybe he/she might quit at the very first episode. Even though this narrative style is what makes this anime, The Monogatari Series, I hope they cut their viewers some slack and become less of a novel and more of an anime.

The story, no matter how new, is somehow connected to the past series. There will be many references to the older series as the story develops. Not to mention, there will also be certain moments where you cannot understand a situation at all, because you maybe have forgotten or haven’t seen one of the previous series. While this makes perfect sense that we should watch the older episodes to get what’s going on, the flaw with this series is that, even if I have watched the previous episodes, I have high chances of forgetting because of how difficult it is to understand what the characters are talking about.

Now this doesn’t really counts as a negative point since it’s something that I hate, but there might be many people out there who love this concept; I just can’t stand a guy being in a harem. With Araragi, almost anyone he meets joins his harem. They didn’t even spare a small kid and made her fall for him too. If you like harem (Or reverse harem), then it’s your choice; but please teach me why do girls suddenly start fawning over a guy who had zero popularity with girls when the series started.

With the pros and cons of the series been discussed, I would like to end it by saying that even though this series is hard to understand and even harder to remember for any future reference, it’s a really great series with interesting characters and exciting stories. I rate this series 7.5 out of 10!

And with that, another review of mine comes to an end! Have you seen this series? What are your thoughts on it? Be sure to tell me all about it in the comments below! Until next time, I hope you guys have a great time and as usual, thanks for reading!