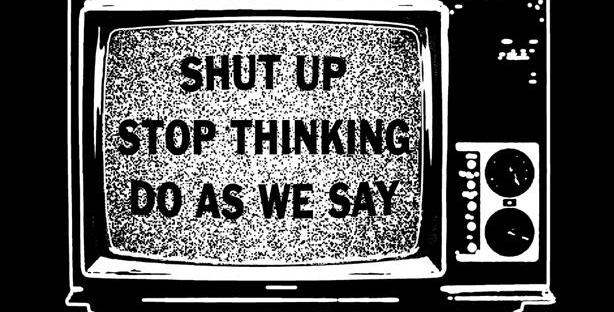 Alright so the stuff that we are gonna talk about today has been on my mind for almost half a year, and I was dying to talk about it. Well, I guess it’s finally the time for that!

Back in the month of September, last year, I watched a Bollywood movie called ‘Hichki’ which literally translates to Hiccups. So the story is basically about Naina Mathur, who suffers from Turrets Syndrome, a neurological condition where the patient experiences hiccups all the time, they never stop but they can escalate during a situation of extreme mental pressure.

Now this lady wants to become a teacher, but sadly she gets rejected from most of the schools because of her condition. However, when she does get a job, she is put in charge of class 9-F, a class comprising of students from the nearby slum who are being provided education for free thanks to a government initiative. But the sad part is that those children are often subjected to constant taunts and insults by the students of other classes and sometimes even by the teachers (Oh and those kids are also defiant and rowdy as fuck). Well the rest of the story is all regarding how Naina turns those rebellious children into hardworking ones, while fighting her Turrets syndrome and also the negative mindset of the school against those students.

So you must be wondering what’s the point of me talking about this particular movie in my blog; more specifically, in an anime only blog. Well here is the thing; did any part of the plot seem familiar? A group of students, secluded in one class, rejected and often insulted by the other classes and teachers. For as far as I remember, I have seen at least 4 anime series with the same base storyline.

Remember this hilarious little anime series? The story in this anime too is about a school where classes are divided up to D section. While the A grade students study in a classroom consisting of various furniture, snacks and spend most of their time studying and performing high class recreational activity, the D grade students however study in a wearied classroom with almost broken tables and a mat to sit on (Even the teacher that is in charge hates to be a part of that class). A class can, however, take over other class and rank up, but for that they need to duel their ‘Chibi personas’? Basically, they can rank up by taking part in an exam. While the anime does not really shows the class ranking system that seriously and has a fresh comedic outlook on everything, it does shows how badly the students of class D were treated by everyone.

Agreed, this anime’s setting is not like the others I have mentioned in this post, but hear me out about why I’m including this on my list. The school in this anime is basically a school for gambling where brats from all kinds of prestigious (or maybe normal) family spend most of their time betting or gambling with their fellow classmates. But here is the catch, if you happen to lose a large sum of money to someone and you couldn’t pay them back, you’re officially recognized as a pet i.e, a slave! Now these slaves can be used by their masters as they please. Well, this plotline is slightly more hardcore than the others, but social division is still portrayed quite clearly.

Clasroom of the Elites

Once again, an anime with class rankings, but this time it has been slightly less brutal with its characters. Classroom of the Elites shows an institute where if you manage to get admitted into, you will have to spend your rose coloured high school life in that school. Well, the school is basically an island with living facilities, shopping malls, parks, restaurants and also a privilege of getting a monthly deposit of 100,000 Yen into your account; pretty good, right? Wrong! Because to get all those facilities, you need money, and for you to get that sweet-sweet monthly deposit you need to do well in class, oh and it won’t work if only you are performing good as your whole class needs to do well with you as well! This is where the ranking system enters the game. Our protagonists are actually in D class, and for them to get 100,000 Yen as their monthly deposit they will have to pay attention in class, do well in exams; and by well I mean better than the other classes as the D section doesn’t normally gets the promised money, for they are the lowest in rank among all the 4 classes.

Finally, the series that showed this division of classes in the best way possible! The story starts with a news flash that half of the moon has been destroyed, and the person who actually claims to have achieved that feat says that he would do the same to planet earth as well, and that too within a year. But until that time comes, he wants to spend his days as a teacher of the students of class 3-E of the Kunugigaoka Junior High school, while the students try their best to come up with plans to kill this tentacle monster. Though the first few episode might seem as if the anime doesn’t really cares about the students stuck in the humiliating class E, the latter half proves that hypothesis completely wrong and shows how the students of that class make a comeback under the guidance of their tentacle teacher and destroys the ranking system created by that school. But the main highlight is that this series shows the reason behind the creation of a ranking system like that: by showing some students being completely dominated by the whole school body, it ignites a feeling of fear among other students, encouraging them to work hard, lest they might become one of those suppressed sorry ones.

So……… why exactly am I talking about all these anime so suddenly? I recently found out about a term called ‘Media Hypnosis’ where the media (Anime, Manga, Movies) by showing a certain kind of event repeatedly for long period of time ends up hypnotising us into believing that those events are actually normal. One of the examples of this hypnosis being a 9/11 conspiracy, where for many decades before the actual terrorist attack of 9/11, people often came in contact with scenes of the twin tower was destroyed in some kind of tragedy. Hence, when that terrorist attack actually took place, most of the people were saddened by it but not in complete shock, as the hypnosis led them to believe that something like that could have happened sooner or later.

Well if you think that is a load of crap then let’s take another example; zombies! We have been hearing about zombie apocalypse in almost all sorts means of entertainment, and this has configured our mind to such an extent that if today we find out that say, the US have been infested by a zombie apocalypse, we might just start loading ourselves up with all sorts of ammunition instead of panicking and wondering what to do.

Now coming back to the initial point, what if this class ranking system is also a type of Media Hypnosis? What if we are being showed anime and movies with this kind of plot setting to make the future us number to the idea, to the point where the government might even agree to opening up schools with that kind of mindset.

Tell me what you think about this hypothesis in the comments below. I’m really glad to finally pen down this thing, and I hope that you enjoyed reading this as much as I enjoyed writing it!