Guys, I’m ecstatic at the moment! My first anime of this year turned out to be a series that literally snatched the first place ranking from ‘Toradora’. It was so good and left such a deep impact on me that I decided to write a review and do my part in spreading the word about this series.

By the way, I have decided to change my reviewing style a bit, suiting into something a little less organized, but more descriptive. I hope you guys like this style! 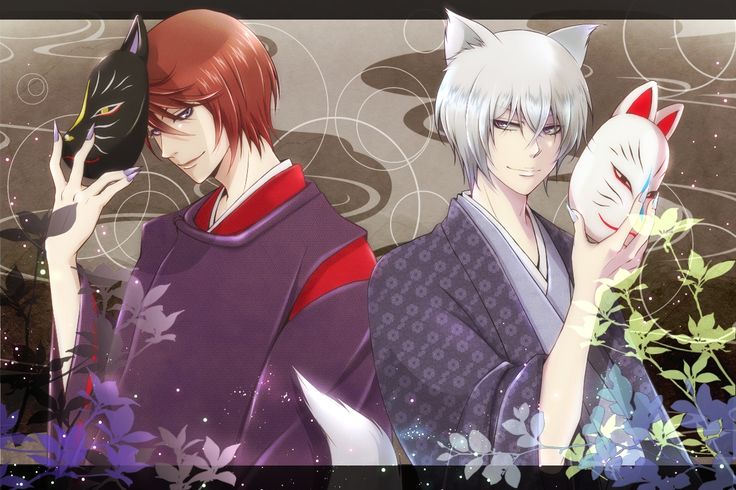 ‘Kamisama Hajimemashita’ is one of those series that doesn’t forces us to burn any of our brain cells; bluntly said, it’s a no brainer sitcom that can be enjoyed by anime as well as non-anime viewers. I heard about this shoujo anime for quite some time, but avoided it because the title didn’t really sound that much romantic (Like seriously, Kamisama Kiss? What does that even means….. Kiss me God?). But after I saw a few of its kiss scenes in a youtube video, I downloaded it immediately!

The story revolves around a young high school girl (Obviously) named Nanami. She is cheerful and kind by nature, living a peaceful life. Until one day her parents abandoned her with a huge debt, making her homeless. Dejected and confused by what was happening, she ends up sitting in a park where she helps a man (who was scared of dogs) by chasing away one which was barking at him. That man, who called himself Mikage, started talking to her and asked why she was in a park at that time (It was late at night). One thing led to another and before we know, Mikage learns about her current situation and offers her to stay in his home as he wasn’t going to live there anyway. He kisses her forehead and gives her a map to him ‘home’, which turns out to be a shrine.

Apparently, Mikage was a deity and he gave her a seal which transferred the powers of an Earth deity to her, making her the current master of that shrine. Nanami was confused already with the sudden plot twists, but then she met Tomoe, a fox demon, who was Mikage’s familiar and was waiting eagerly for his arrival. Tomoe refuses to become the familiar of a human girl, even if she now had the powers of a deity. However, in the world Shoujo, it’s impossible for the main character to be away from her love interest; that’s what happened over here too. Thanks to some chain of events, Tomoe does become her familiar, but things won’t just go as smooth as expected (It is a supernatural comedy anime after all).

Kamisama Hajimemashita doesn’t really has a very unique concept, as it is not the first time we have seen anime series dealing with Gods and familars, and the love that exists between them. But even after picking a theme Not-so-unique, what makes this anime much better than the others in terms of romance and comedic elements? Let’s find out! 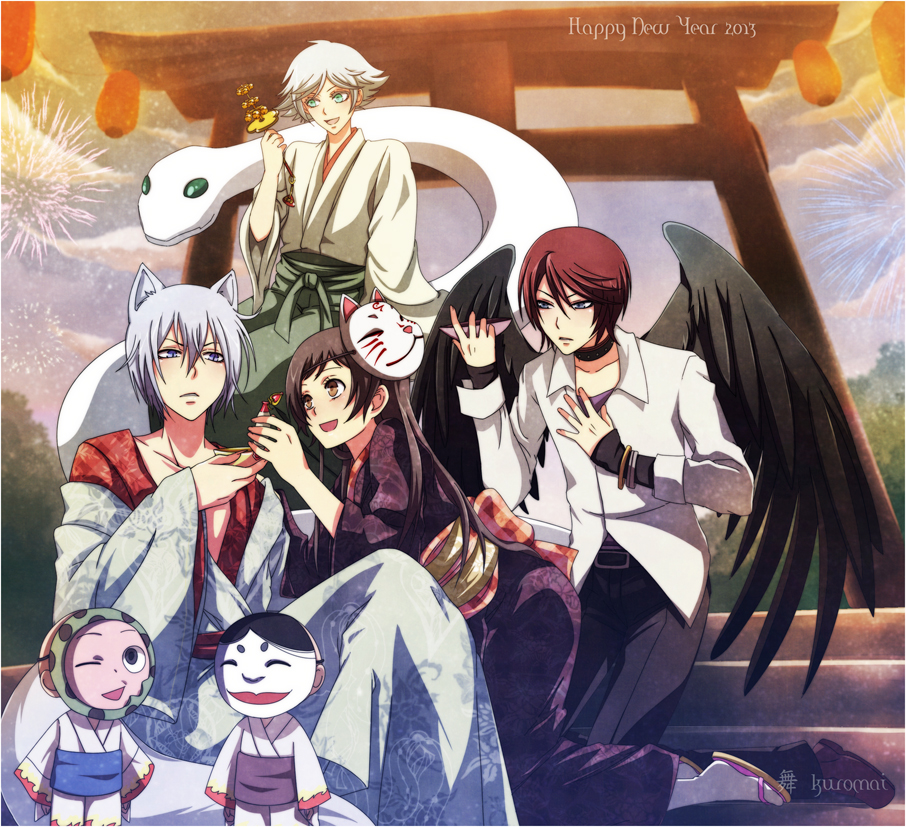 The very first positive point about this anime is its characters. Each and every character opened up a new found love for the series. First of all, Nanami is one of the prettiest anime girls I have ever seen. Agreed, this series followed the old style of animation (I thought it’s made in 2008 or something, but it was created in 2015), but they still made sure to create the characters look attractive; which is an amazing feat to achieve in the old style of art (Just want to add this, the anime adaptation was actually better looking than the manga one). Apart from character design, I also loved the fact that they created some of the demonic/holy powers like that of the ancient Japanese art. They also used traditional dresses for most of the characters’ outfit, which worked well in their favour; I have appreciated Traditional clothes in only two anime so far, Chihayafuru and now Kamisama Hajimemashita. It was pleasing to see traditional clothes without any kind of fanservice (A trend really hot and annoying).

The second thing that I liked about this series was the story. Unlike the other anime where the protagonist SOMEHOW becomes a God or gets Godlike powers, then he SOMEHOW manages to become a pro at it and finally SOMEHOW defeats the Cliched antagonist with his powers (I pretty much summarized my whole problem with the Fantasy action theme in these few sentences). In this anime, however, the protagonist gets to become the Earth deity quite suddenly, but they made sure that they stress on that sudden change of events by making fun of it (Which adds to their comedic elements); not to mention Nanami got better at handling her power little by little, and wasn’t shown to be a complete master at it (Which adds to their realistic element). The story had a complete and perfect blend of (Doki doki) romance, comedy and super natural references.

Finally, the music used. Saying it bluntly, I loved it! This anime was one of those 3 anime where I never skipped the opening or ending. The opening was cute and a little paced, promising a good RomCom series, while the ending was a bit slow and soft, emphasizing on the good ending that the episode just got (One of the ED with the “Jpop” touch, sucked). Not to mention, the transition between the ending of the episode and the start of the ED was incredible; and that is something which steals my heart and gets the chance to become one of my favorite anime (Kuzu no Honkai got this chance too, but the story was too messed up).

Enough with its charm points, shall we focus on its weakness now?

The very first thing that came to my mind when I talked about its weakness was its “Too casual” attitude. Agreed, most of the Shoujo series are like that and they avoid having fights and antagonists in the story; but if you are going to show a negative character (Even for some minutes), go deeper. This story shows one character who seems to be all evil, and then we get this feeling that the story might get turn for something negative; but poof, by the end, all we get is an overpowered 2 minutes (Hardly) fight and “We are all together now- Yay!” kinda ending. WE DON’T WANT THAT!! Either be casual and happy-happy all round and don’t show any shades of negatives, or invest a little bit more on the negative characters. At least don’t end the battle in 2 minutes, it’s such a disappointment.

A slight flaw that also exists is that they didn’t take much interest in showing the background of characters except Tomoe, Nanami and to some point, Mizuki. There were many questions left unanswered, the reason for Mikage’s “Disappearance” to be one of them. They really took their time and attention into Tomoe’s past, which is highly appreciated, but still they should have told us something more about the existing characters before adding random new ones.

Regardless of these two faults, I’m still happy with the outcome as the series satisfied my criteria to be a good RomCom:
1) Interesting Characters (Personality and Design)
2) Good OP/ED
3) Great Kissing Scenes (Gonna leave the kiss compilations here: SPOILERS)

That’s why, I would rate this series 9 out of 10, and urge all of you to give it a try; I guarantee, you won’t be disappointed!

And with that, my second post of the year and the first review with the new style ends here. Did you watch the series? How was it for you? Would you like to add to its pros/cons? Be sure to do so in the comments belwo! Until next time, I hope you guys have a great time, and as usual, thanks for reading!